Road to Lucca, the Lost in the Dungeon DevLog continues

Road to Lucca, the Lost in the Dungeon DevLog continues

New chapter of our DevLog of Lost in the Dungeon in view of the trip to Lucca Comics & Games 2017 now more and more imminent.

Continue the DevLog dedicated to Lost in the Dungeon, the game that we will present at Lucca Comics & Games 2017 our stand in the Games section, Pavilion Carducci (Developarty area).

Lost in the Dungeon is a role-playing game based on a card system. The player must survive inside Dungeons full of obstacles and constantly changing to findincreasingly rare treasures , essential to enhance their hero. An original, simple and intuitive combat system that always keeps intact a deep strategic component. 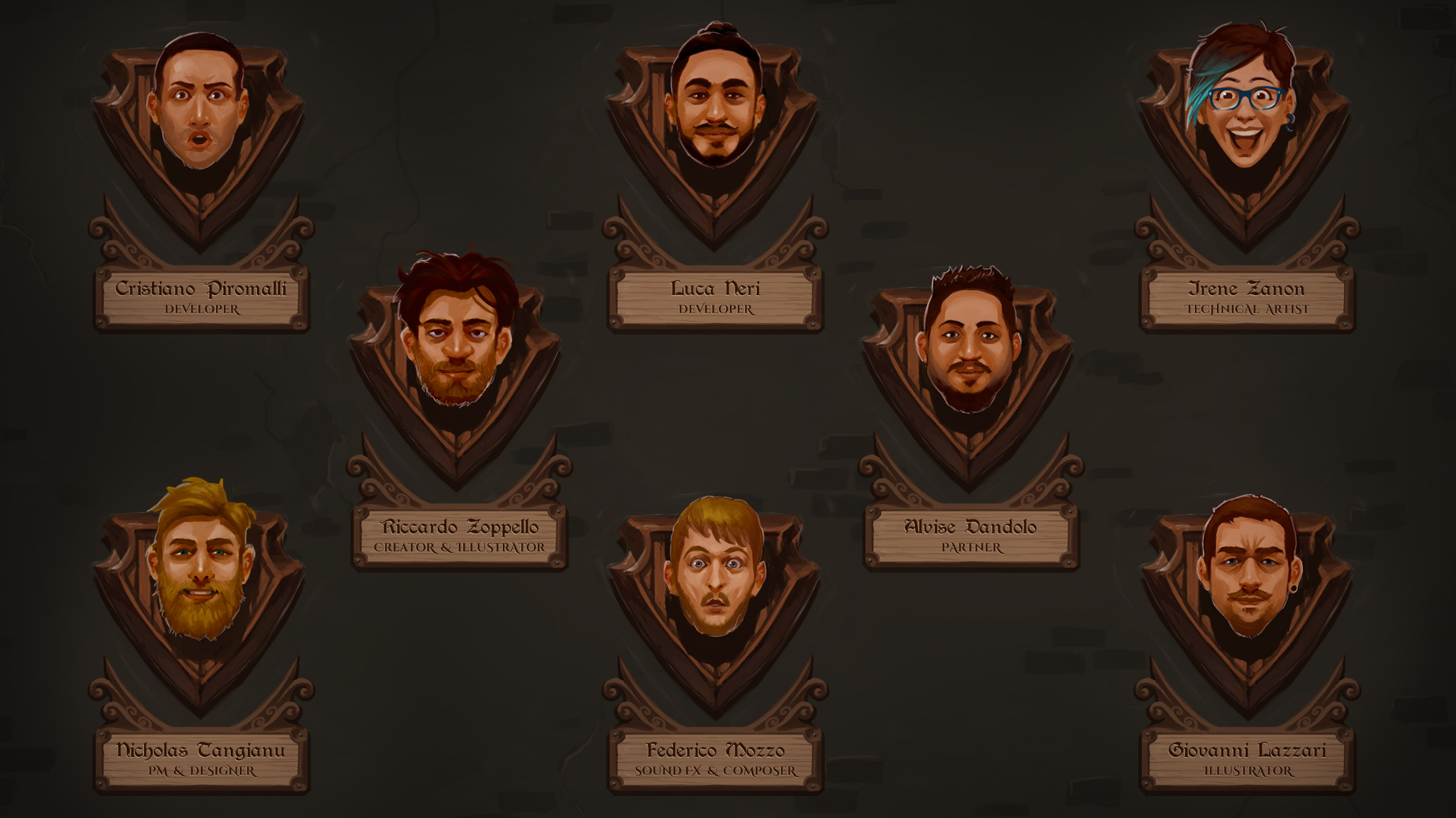 Simply tool, tool, tool. Cristiano has created the Dungeon Tool to guarantee variability and longevity to the game. The tool is used to manage the procedures, the balance and the duration of the dungeons.

Luca, after finishing the most important and longest tool in the game, started creating the first start screen. The ferryman scene is the game introduction screen.

In the meantime, Irene took care of importing assets from her project to the collective one, while Nicholas continued with the creation of all the cards with the Card Tool up to the dungeon 3 (they are 4 in total).

After that the Lost in the Dungeon team moved to Paradigma, the new center of exponential innovation that Eggon has moved to and you’ll hear a lot of talk about it in the next few days.

Who has tried at least once a role-playing game, knows very well that after having defeated dozens of low-league henchmen, always comes the time to face a boss in order to progress in history.

So we too have now reached the highlight of our project, and before proceeding further we must deal with a real big shot.

Cristiano began the creation of the Dungeon Game, a scene that covers most of the gameplay because it consists of the part of the combat. Luca has meanwhile created the tutorial for the Inn scene.

Nicholas took care of the update scriptable which, like updating documents, is a practice that is repeated every day to keep the project and the docs up-to-date.

In the meantime we are also dedicated to a bit of DIY by assembling our new stations: D

We skip the week of August (you do not want to make us die on the keyboard… true!?!?!?) We resumed working on the project, with the creation of the scene of the DungeonChoose with tutorials, or the screen where you choose which dungeon deal.

At the same time, the effects for unlocking skills in the Deckbuilder scene were created.

When the going gets tough, the tough ones come into play: final sprint for our team in view of Lucca Comics, with the aim to 100% finish our creature and finish the best in Lost in the Dungeon. So let’s start with the last chapter of our DevLog.

Cristiano continued to work on the main scene of the game, creating all the various logics useful for its completion. Luca, after finishing the dungeon choose scene, spent 3 days on another project and then returned to Lost in the Dungeon, starting the inventory and the merchant scene.

Irene continued to work on the effects of the deck builder, although she had to slow down a bit because she was involved in two other types of projects. In the meantime, Nicholas has dedicated himself to updating some scriptable.

It is inexplicable how with the approach of the end of a project, exponentially increases the perennial insecurity of having forgotten something and the need to review every single detail to make sure you have done everything “in modino” (as Luca would say).

What we wanna to do we are made this way, for us are the details that make the difference and soon you will see it with your own eyes. Did you think it was over, right? Well us too :D. Our DevLog is definitely finished.

But do not fear, you have to wait a few more days and then you can test our creature with your hand: the darkness is coming … see you at Lucca Comics & Games from 1 to 5 November!